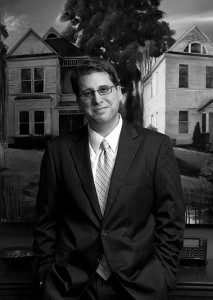 Darrell N. Phillips is a Memphis-based attorney with significant experience in the areas of contract, employment, tort and media law. He routinely represents commercial and residential contractors in litigation, advises private employers and advocates for plaintiff employees. He has assisted clients with software development disputes, online defamation cases, and digital licensing negotiations. Prior to creating his current practice, Darrell was a litigator with the elite Memphis law firm Pietrangelo Cook PLC, and was actively involved in numerous high-profile matters, including an international gold fraud suit which resulted in a $22m judgment for the firm’s client.

Additionally, clients frequently call upon Darrell to assist with matters that involve the media. Prior to earning his law degree, Darrell spent ten years working as a broadcast journalist and has worked for television stations in New York, Georgia and Tennessee. In his practice, he has represented reporters, television news anchors, news managers and bloggers in various matters ranging from employment disputes to defamation claims.

Darrell graduated from Brandeis University with honors and earned an M.S. in journalism from the Columbia University Graduate School of Journalism shortly thereafter. He attended the University of Memphis Cecil C. Humphreys School of Law, where he was awarded the Dean’s Award for Excellence (Best Oral Advocate) and the CALI Excellence for the Future Awards in Trial Advocacy and ADR/Mediation. He received both the Claude T. Coffman and Herbert Herff memorial scholarships and served as research assistant to the Dean. He also served as a member of the Senior Staff of the University of Memphis Law Review.

A native of New York, Darrell has lived in the greater Memphis area since 2001.

Share this post:
Darrell Phillips is a journalist-turned-lawyer who advises and represents members of the media in contract matters, employment disputes and in litigation relating to speech rights. He also frequently advises corporate clients on media relations matters.