“Today’s decision by the United States Supreme Court is a massive setback for the American consumer. We’ve said all along that we worked diligently to create a technology that complies with the law, but today’s decision clearly states that how the technology works does not matter. This sends a chilling message to the technology industry.  It is troubling that the Court states in its decision that, ‘to the extent commercial actors or other interested entities may be concerned with the relationship between the development and use of such technologies and the Copyright Act, they are of course free to seek action from Congress.’ (Majority, page 17) That begs the question: Are we moving towards a permission-based system for technology innovation?

“Justice Scalia’s dissent gets it right. He calls out the majority’s opinion as ‘built on the shakiest of foundations.’ (Dissent, page 7)  Justice Scalia goes on to say that ‘The Court vows that its ruling will not affect cloud-storage providers and cable television systems, see ante, at 16-17, but it cannot deliver on that promise given the imprecision of its results-driven rule.’ (Dissent, page 11)”

“We are disappointed in the outcome, but our work is not done.  We will continue to fight for our consumers and fight to create innovative technologies that have a meaningful and positive impact on our world.” 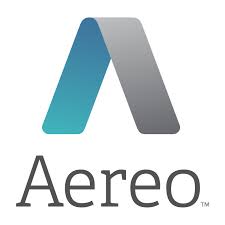 Share this post:
« SCOTUS rules against Aereo in “tiny-antennas” case
What happens to my contract when my company is sold? »
Darrell Phillips is a journalist-turned-lawyer who advises and represents members of the media in contract matters, employment disputes and in litigation relating to speech rights. He also frequently advises corporate clients on media relations matters.