The Federal Communication Commission’s recent proposal to study the “critical information needs of the American people” has been met with rebuke by the Radio Television Digital News Association and others.  The proposal, linked here, recommends newsroom visits (of all media) and in-depth neighborhood studies.  It also involves monitoring broadcast content during random weeks both inside and outside sweeps periods.

Foxnews.com has made this its top web story.  You can read their piece here. 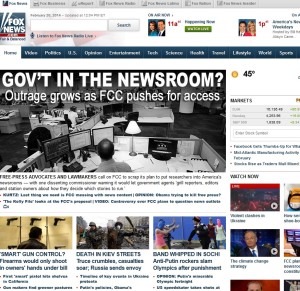 Of particular interest here, is the portion of the proposal that involves FCC contractors doing follow-up interviews with newsroom personnel, including newsgathering staff.  To wit:

The purpose of these interviews is to ascertain the process by which stories are selected, station priorities (for content, production quality, and populations served), perceived station bias, perceived percent of news dedicated to each of the eight CINs, and perceived responsiveness to underserved populations.  Due to the highly sensitive nature of information collected (particularly among reporters and anchors of television news stations), demographic information will not be reported. Additionally, confidentiality will be assured among all participants interviewed.

Share this post:
TV reporter seeks class status in FLSA action against two broadcast groups »
Darrell Phillips is a journalist-turned-lawyer who advises and represents members of the media in contract matters, employment disputes and in litigation relating to speech rights. He also frequently advises corporate clients on media relations matters.