A Houston news director took a fantastic and progressive position last week that directly impacts the dynamic between reporter and producer/news manager.  Not only is it a fundamentally sound newsroom policy, but it resolves the ambiguity that I have seen manifest itself in newsrooms so many times.  In short, this particular news director has banned reporters from knocking on the doors of individuals who have been identified as criminal suspects.  More interestingly to me, he has prohibited producers and other newsroom managers from instructing reporters to take this action.

I first read about this on Newsblues.com yesterday (Monday).  That site is membership driven; I am a member.  Because the content is behind a paywall however, I have sourced the background and substance elsewhere.

Earlier this year, one of KTRK‘s reporters was investigating an individual suspected in an alleged sexual assault.  The man pulled a gun on the reporter (Demond Fernandez) and threatened to shoot him.   Last week, in an unrelated incident, a woman randomly opened fire at the station from its parking lot.  No one was injured in either incident.

I know this will come off as opportunistic in the wake of today but I’ll allow my vanity to take the hit.

Since the Demond “knock on the door gun incident” from earlier this year, Don Kobos and I have been discussing the merits of knocking on doors of crime suspects. In short, we just don’t see the need to do it as the risk to reward ratio does not justify it. It’s just a sound-bite.

From this point forward reporters are not to go to a suspect’s house and knock on the door seeking comment. Producers and Managers are prohibited from ordering reporters and photographers from this type of news gathering.

As for other stories not involving a suspect, if the reporter or photographer thinks there is an editorial need to cold call knock on someone’s door they must get a manager’s permission first.

I know there are always circumstances that will frustrate this rule. In those cases, please discuss this with a manager and we will figure it all out.

It’s just not worth getting someone hurt over a sound-bite.

I’m sorry for not sending this out quicker.

This is a clear, unequivocal policy that directly addresses the exposure KTRK’s people in the field face on a regular basis.  I am told that the station places a premium on staff safety and participates in other safety training exercises on a regular basis.

I was particularly intrigued by this story, and the memo, because it is commonplace for reporters, photographers and meteorologists to be dispatched into “harm’s way” to cover a story.  In fact, news crews who do this are routinely praised for their “courage.”  Sometimes that means doing live shots in dangerous neighborhoods where homicides have occurred.  Sometimes it means driving a satellite truck toward a hurricane, instead of in the opposite direction.  The field crew often fears for its safety but worries about resisting the direction from the producer (and “getting in trouble”).  This tension between reporter and producer (or manager) pops up from time to time in every newsroom in the country.

At least at KTRK, reporters now know that they may refuse these particular assignments without fear of adverse employment consequences.  What I particularly like about the memo is its carve-out, or acknowledgement, that there will always be exceptions to the rule, but that they will be agreed-upon exceptions.

This may seem insignificant to those who have not been in these situations; it is anything but.  Non-contract employees work at the will of their employer and, with few exceptions, may be terminated for any reason at all.  Even contract employees working in newsrooms have often agreed to contract language that requires them to generally comply with the directions given them by their employers.

In Kentucky, a district court relied on similar language when it found that an at-will employee who failed to post a web story had violated a newsroom policy requiring employees to “[p]romptly and in good faith comply with all directions, requests, requirements, rules and regulations made by Employer in the conduct of its business” and to “perform such services as Employer, in its exclusive discretion, shall designate….” Jerry Sander v. Gray Television Group, Inc., 2010 WL 3781639 (E.D.Ky. 2010).

Although this Kentucky case relies on facts that are only remotely analogous, it should illustrate the conflict that must arise between every newsroom employee and his or her immediate manager.  Because one’s perception of danger is ultimately a subjective thing, newsroom employees risk discipline when they refuse assignments, no matter the reason.

As an aside, this sort of a policy is not likely solely designed to limit a station’s legal liability; it is more humane than that.  After all, many states have workman’s compensation statutes that limit an employer’s civil liability for on-the-job injuries.  The effect of these statutes?  No matter how badly a newsroom employee is injured on the job, his recovery against his employer is capped at the state maximum.  In Tennessee, where private employers are required to carry WC insurance for example, you may be limited to recovering your medical expenses and “temporary disability benefits.” (2/3 of average weekly earnings during 52 weeks prior to injury).  In Texas, WC is optional, but for those private employers who participate, their liability is also effectively “capped”.

In other words, this message to KTRK’s staff does more than just limit the station’s liability exposure.  It empowers field crews to be safe without fear of reprisal and it sends a message to staff that their safety is more important than the soundbyte. 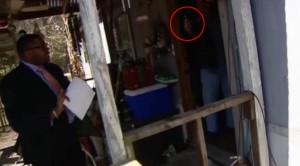